Often, technology within universities’ separate schools and departments has evolved in silos and is misaligned. Such legacy tech diversity stymies schools as they face the continuous demand to compete for a shrinking pool of prospective students and engage them online with a seamless, coherent brand and message. 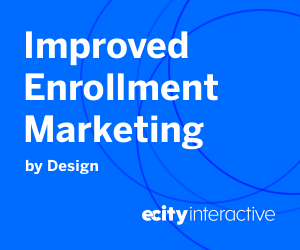 A 2017 marketing technology survey by StudentBridge showed more than 75 percent of schools surveyed used CRMs for recruitment and enrollment. Some schools have gone further and formed marketing technology teams, playing a greater role in the implementation and operation of technology to execute marketing plans. And they hope to eventually find ways to gain better insight on visitor engagement and business intelligence to enhance return on investment and better respond to students who are digital natives expecting personalized, targeted online experiences akin to shopping on Amazon or watching Netflix.

At the Wharton School of the University of Pennsylvania, an eight-person marketing technology team within the Marketing & Communications department covers areas including web operations, Salesforce management, marketing automation and oversight of several vendors. All of Wharton’s 102 websites at three locations run on the same custom-configured code-based CMS based on WordPress and are run by the marketing technology team. That means nearly all the Wharton websites have a consistent feel and structure with common Google Analytics tags to show how visitors move around the Wharton digital ecosystem, and the majority of the business units within the school use the marketing email platform Campaign Monitor.

“When you have a standalone website, you tend to think people are just coming to your website. With the CMS, we can now see half the time they started at some other website at Wharton and they jump around to seven or eight sites over several months,” said Eric Greenberg, the school’s marketing technology team senior director. “Now, you can act together, coordinate the look and feel of the sites and the messaging.”

The Martech team’s technology stack includes Campaign Monitor, Salesforce’s Pardot, and Crowd Compass, which are offered to all Wharton business units and supported by the martech team. The team’s latest offering is a Salesforce-based Marketing Toolkit with contact management, event management and email marketing. Embracing a product-based, SaaS-approach instead of custom development for each Wharton office makes it possible to run the technology in-house and scale a common data environment.

“Because we get to know the business of Wharton,” Greenberg explained, “we can better craft tools and messages to meet people’s needs while collecting analytics and creating resonant content.”

Already, Greenberg can point to how they are beginning to become more specialized on where they spend money on recruitment events. And they are beginning to match how advertising and SEO spend relates to those who choose to enroll at Wharton vs. the “tire kickers.” Still, Greenberg would like to eventually add a dedicated data analytics position to his team to comb through the enormous amount of data collected and “find the gems.”

At Cornell University’s SC Johnson College of Business in Ithaca, N.Y., a formal connecting of the Dyson School of Applied Economics, School of Hotel Administration, and the Johnson Graduate School of Management created the opportunity for a new Marketing Operations team inside the Office of Marketing and Communications for the new college of business. The team, which took inspiration from Wharton’s model, handles areas including web and analytics, marketing automation, lead generation and SEO.  The work requires a different skill set than traditional marketing, and it’s new enough that there is still some confusion, said Sandra Paniccia, Johnson’s executive marketing director of marketing operations.

“You do get questions. ‘You’re in marketing, but you are operations. What does that mean?’ You have to take the time to explain and bring people along,” she said.

The Johnson technology stack is still under development and primarily focused on admissions and prospective student engagement. All websites have migrated to a common WordPress CMS. Salesforce and Pardot are used, but work is needed to convince other teams to adopt the same tools. Paniccia sees the marketing technology leading toward predictive analytics, which would be more useful.

“I can see the influence expanding to other departments as we become more able to support business intelligence operations,” she said. “We could have value for the deans and other areas, but for now, we are primarily focused on prospective students.”

Unlike at Wharton, Johnson’s marketing operation does not support its own technology. In the past, marketing was wholly reliant on its information technology department for implementation and administration. Now, Paniccia said, the two teams work hand-in-hand. Standing meetings with the chief information officer and shared email request queues are some of the ways they partner, Paniccia said.

Also unlike Wharton, many of Johnson’s marketing programs still have their CRMs and other technology administered by IT departments. Greenberg acknowledges that Wharton is an exception, but believes it is a disadvantage to not run marketing technology in-house.

An ongoing accumulation of help tickets means IT can create, but not necessarily customize or continuously service technology for marketing. For example, IT might create a WordPress platform for a website, but they can’t build out the content, which might require an outside vendor. And web updates can quickly compromise the initiative.

“If no one is watching, updates roll out and break plug-ins, then who is responsible? Technical debt is accumulated. You’ve spent $25,000 to $50,000 and it slowly degrades over 18 months,” Greenberg said. Not having a martech office “can make a big difference in how the technology is implemented and used. … We are dedicated to marketing and can dive deep when needed.”

Still, the reality for most higher education marketing efforts is that dedicated resources are scant and most are still trying to align technology based on decentralized decision making.

At Tufts University in Medford, Mass., there is no current technology stack or CRM shared across the nine schools or alumni office. But a steering committee led by the CMO and CIO, plans to begin studying ways to curate the marketing technology stack and create alignment.

“We want to make sure there are ways to communicate across the university to give a more unified experience and reflect all aspects of a person’s relationship with Tufts,” said M.J. Kim, senior director of marketing.

Nearly 2,000 miles away, administrators at the University of Northern Colorado in Greeley, Colo., are looking for ways to better engage prospective students, who are inundated with email messages, often from schools they have never heard of. The 12,500-student school is primarily known for preparing teachers and nurses and a strong performing arts curriculum.

“The biggest growth is to explore the social media side of it. We’re trying to align resources to where students are spending their time,” said Sean Broghammer, UNC’s director of admissions and interim assistant vice president of enrollment.

In Colorado, UNC and several peer schools have adopted Slate CRM to manage recruitment engagement. One digital staff member has linked the CRM to social media channels. An admissions staffer learned Slate to reduce reliance on the IT department for day-to-day issues. It is too early to report specific results, but Slate has helped sunset some other event management programs that were deemed duplicative, Broghammer said.

Slate has a place at UNC in the coming years, but the challenge is to balance the deployment of new technology with the human connection to reach only  students, but parents or others who influence students. All must be convinced to invest in the tuition and other costs associated with a college education. UNC typically has 40 percent first-generation enrollees and more than 30 percent who are Pell Grant-eligible.

Along with the CRM, high school visits, college fairs, coffee shop visits and phone calls are part of the toolkit Broghammer and his staff employ to persuade students to attend UNC.

“They want to know what you are selling them is authentic. It’s really that relationship that’s critical, that they won’t be disappointed once they arrive,” he said.

Making CRMs and other marketing technologies more useful and effective parts of higher education marketing strategies is an ongoing challenge. Whether incorporating them with in-house marcomm offices or through established IT departments, marketing leaders will need to account for university budget constraints and decentralization while attempting to offer a more aligned user experience and gain better insight into prospective applicants and students. 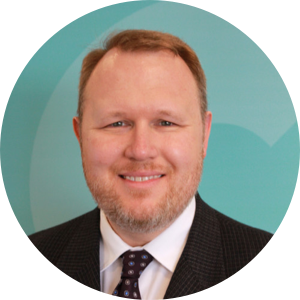 Steve Lannen is an award-winning freelance journalist and communications professional based in Seattle. 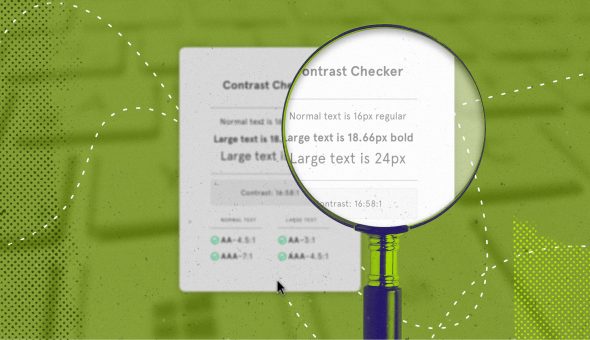 Culture, Not Compliance: Changing The Way Your Institution Approaches Accessibility

In 2018, 50 U.S. colleges were sued by a blind man for having non-compliant websites. Getting into compliance isn’t just about following the law, it’s about making sure your institution cares. 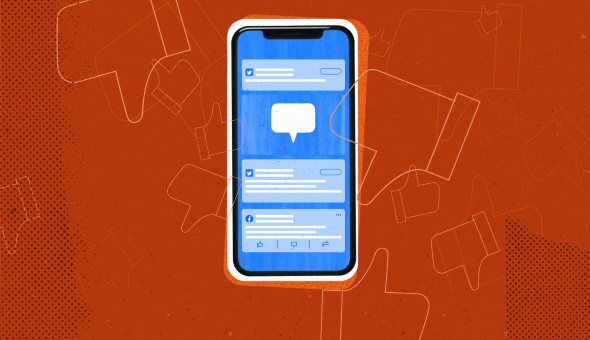 Social media can be so kumbaya among higher ed marketers. Joseph Master shares his personal wakeup call, and why he’s better off for it. 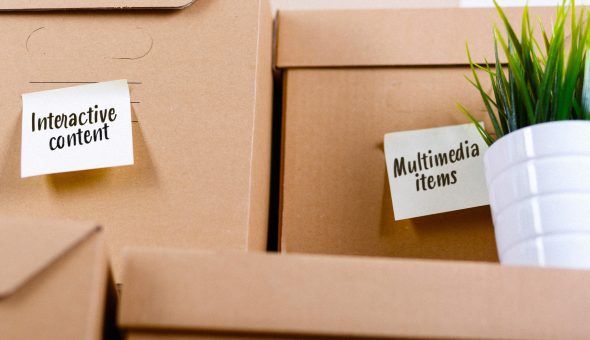 Senior UX Designer Conny Liegl explains how to tidy up your school’s website.

Culture, Not Compliance: Changing The Way Your Institution Approaches Accessibility

In 2018, 50 U.S. colleges were sued by a blind man for having non-compliant websites. Getting into compliance isn’t just about following the law, it’s about making sure your institution cares.

Social media can be so kumbaya among higher ed marketers. Joseph Master shares his personal wakeup call, and why he’s better off for it.

Senior UX Designer Conny Liegl explains how to tidy up your school’s website.