Last February, I experienced one of the most personally-rewarding days of my career as Media Relations and Social Media Manager at Brigham Young University. Surrounded by a team of colleagues, students, survivors, and subject matter experts, I witnessed the power of social media to leave a positive and lasting impact. Together, we launched an Instagram campaign to better equip our students with the resources they need to handle the epidemic of sexual assault on college campuses. The response our Instagram Story garnered from students is one I’ll never forget.

One year and many more Instagram stories later, let’s dive into what made this such an important and impactful project.

Rather than merely reacting to the news surround sexual assault issues on our campus, we wondered if there was a way to discuss sexual assault in a more proactive, positive, and helpful way.

How did we tackle such a complex, serious topic using a platform usually reserved for beautiful imagery and photos of food? It took strategic planning, teamwork, and courage. In episode 30 of the Hashtag Higher Ed podcast, I recount this journey in more detail. Here, I’ve distilled it into four main components:

Part One: The Mission and Vision Behind BYU’s Instagram Story Addressing Sexual Assault on Campus

For years, sexual assault has plagued college campuses across the country. And in the #MeToo era, there is increased pressure on colleges and universities to better protect students from sexual violence and support survivors. From a communications perspective, this has left many schools struggling to determine the best course of action. What is an appropriate way to participate in this important conversation while respecting the privacy of the survivors?

Rather than merely reacting to the news surround sexual assault issues on our campus, we wondered if there was a way to discuss sexual assault in a more proactive, positive, and helpful way. We decided to focus on the resources available on campus for survivors of sexual assault and what to do if someone you know is assaulted and needs help. Based on data from our campus climate survey—which said that two out of three students who are assaulted turn first to a friend or roommate before family, Title IX, or on-campus resources—we knew it was important for this campaign to speak to every single BYU student and not just survivors of sexual assault.

Part Two: How We Chose Instagram and Earned Institutional Buy-In

From the moment we had the idea for this campaign, we knew it was critical to connect with students where they already are. Based on conversations with students and recent survey data, we knew most students were using Instagram and that Story consumption was on the cusp of overtaking Feed consumption on the platform. This data gave us the confidence we needed to investigate the platform further as a way to converse with students about such an important topic.

By showing, rather than telling, others about our idea, we were able to effectively demonstrate the strategic impact of this campaign in its final form.

Once we had the initial go-ahead from our boss to explore this idea in more detail, we immediately got to work creating the campaign. Because of how important this topic was to address, we thought it was necessary to go all in from the very beginning in order to give it the best possible chance to succeed. Rather than take a half-baked idea to our high-level administrators, we wanted to show them the finished product and give them as many reasons as possible to say yes.

The good news is that this bold approach worked. After two months of storyboarding, script writing, filming, and editing, we presented the idea to the administration and received the go-ahead. By showing, rather than telling, others about our idea, we were able to effectively demonstrate the strategic impact of this campaign in its final form.

As we began to craft the script for the Instagram Story, we knew peer-to-peer communication would be at the center of our messaging. We felt it was important to feature real students in the campaign who could walk their peers through how to handle such a sensitive situation. When selecting students for the Story, we wanted to pick people who came across as authentic. These were not theater kids, bubbly cheerleaders, or social media influencers. They were real students who were genuinely interested in the topic and wanted to lend their voices to a meaningful cause on campus.

Before the students agreed to take part in the Story, we had a transparent conversation with them about what the process would look like and the responsibility that comes with being the face of this topic on campus. Since we were talking about sexual assault, we asked students to consider whether someone could potentially level a complaint against them after the Story went live. Ultimately, we wanted to make sure the students felt comfortable and that they’d be able to strike the right tone with our audience.

When selecting students for the Story, we wanted to pick people who came across as authentic. They were real students who were genuinely interested in the topic and wanted to lend their voices to a meaningful cause on campus.

Another thing we took into consideration when planning the Story was the types of direct messages we would get from students the day it went live. We knew students would have questions and that these questions could potentially be nuanced and tricky for us to handle as social media managers. To prepare, we planned to have a room full of experts, including a nursing professor, our Title IX Director, and our survivor advocate on hand that day to answer direct messages from students.

From the start, we knew this wasn’t going to be your average Instagram story. Because of the nature of the discussion, we wanted the production quality to be top notch in order to signal to students that this was something different—something worth paying greater attention to. To improve the quality of this particular story, we used high-quality visuals that were carefully shot by our department videographer and then incorporated text overlays.

Since the story went live at 9 a.m., we wanted to be conscious of students who might be commuting or in class and scrolling through Instagram with the sound off. Aside from having students and subject matter experts talking on screen, we also broke up the story with text overlays and images of the resources they would need. This way, they could easily screenshot the addresses and phone numbers they’d need to get help. Finding the right mix of student advocates, trained professionals, and text-based resources was an important part of telling this story. We wanted students watching to feel comfortable asking for help and to know exactly how to go about it.

This was far from a lighthearted, funny, flashy Instagram Story that was going to go viral on its own. Instagram Stories also don’t have a built-in Share or Retweet button to help these spread, either. We knew we needed to focus on promotion to get this important topic in front of as many students as possible. We promoted it on our official university accounts on Twitter and Facebook and notified our social media committee on campus, which is made up of anyone who runs a social account related to BYU.

The campaign generated a response beyond what we had imagined: 24,000+ unique views and more than 100 direct messages from students.

Then, we notified our street team who have influence in a number of different areas on campus. We provided these influencers with assets from the campaign, including the first part of the Instagram Story with a filter over it and a text overlay showing people how to get to the Story. However, we made it clear that they didn’t have to use the exact example we provided. Finally, we asked them to like, comment, and share the Story to amplify its message.

Lastly, we leveraged the experts in the Story to share it and to even help pitch this to the media for us. Rather than going directly to the media, one of our nursing professors from the video volunteered to send an email to some of her press contacts. The media was interested in covering the project, so we created an embargoed version of the Instagram Story that we could send to them before it went live. This brought high-profile press coverage to campus the day the campaign went live.

The campaign generated a response beyond what we had imagined: 24,000+ unique views and more than 100 direct messages from students. This Story garnered more eyeballs and higher engagement than our typical, fun Instagram stories do, which is a testament to our promotion strategy as well as to our audience, who really did want to consume this content.

The DMs were remarkable to see. Some came from students who were personally in crisis. We were able to immediately connect them to our experts in that room, and through our Instagram account, they were setting up appointments with those students to come in and get the help they needed. There were many other nuanced questions that began vitally-important conversations. It was absolutely remarkable to step back throughout the day and realize that such incredibly-meaningful conversations were being facilitated through Instagram. Walking out of the office at the end of the day, it was the most rewarding experience I’ve experienced professionally.

For years, the higher ed social media community has been talking about moving beyond just entertaining audiences with things like memes and cat videos. Pure entertainment has been the focus on social media for so long, but we felt it was time to start using our platform for good and to truly make an impact. With this campaign, we were able to use Instagram to directly help students who were in crisis or knew someone who was. This was an eye-opening, powerful experience that was rewarding far beyond the paycheck. 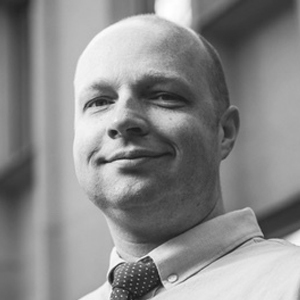 A hockey-playing Canadian by birth who still says “sorey,” Jon McBride transplanted to Utah in 2001 and hasn’t found a reason to leave. Jon is one of the few digital marketers who can say he’s been working in social media for 10+ years. He started Weber State’s social accounts in 2008, shortly after Facebook Pages were launched. Jon is now a media relations and social media manager at BYU where he brings a media relations approach to spreading the digital reach of the university. Jon writes feature stories, pitches to media, oversees social strategy campus-wide and manages an amazing student street team. Jon’s most unique professional accomplishment was landing a pitch to Beyoncé’s publicist and getting a post out to her 63 million Facebook followers. His recent focus has been tackling tough topics such as sexual assault, consent, hate speech and mental health through institutional Instagram stories. 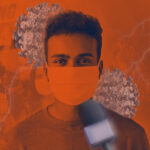 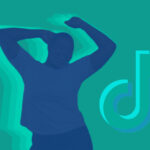 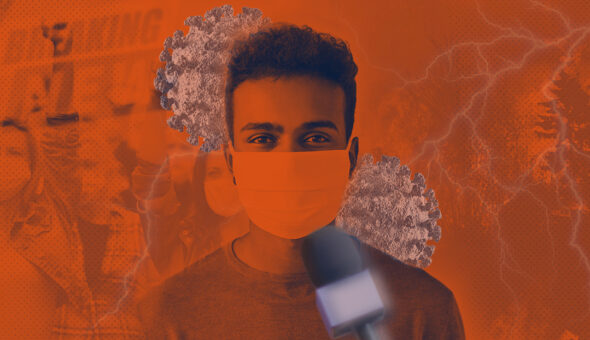 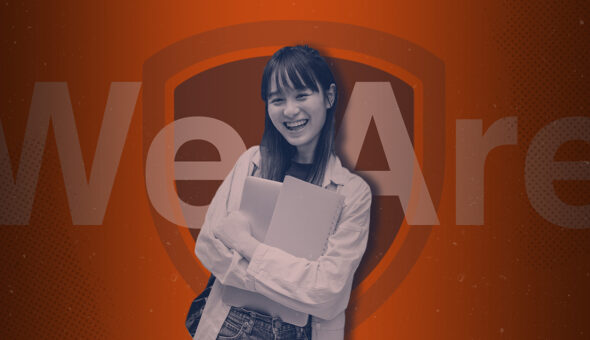 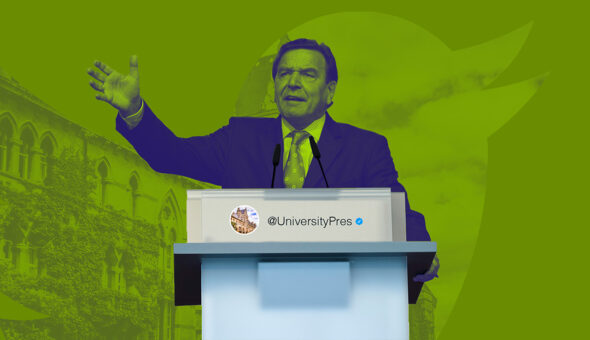 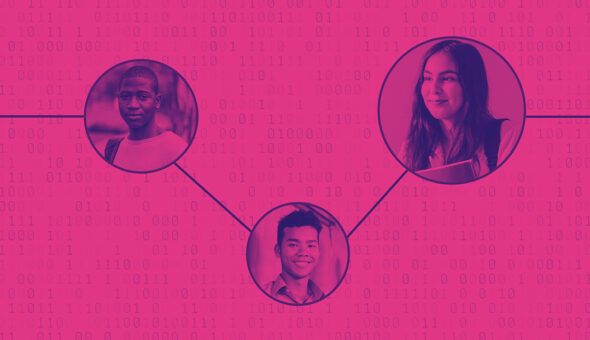