It’s 2019. We’re living in a world full of data. Almost every day we’re providing our email address to sign up for another service, or telling a social media platform our preferences in movies, music, and food gleaned simply from what we click on. With podcasting on the rise in higher education, it’s fair to assume that these podcasters will begin to have access to similar data — at least something helpful to measure whether the podcast is “working” or not for the institution, right?

Unfortunately, we’re not quite there yet. Podcast data is scarce at best, and it’s inconsistent across reporting platforms. That means podcasters need to start getting creative with the data that is provided and start thinking outside the box in order to prove a positive ROI on this new medium.

Before we look at the data that’s provided to podcasters, let’s take a look at the path of a podcast listener. 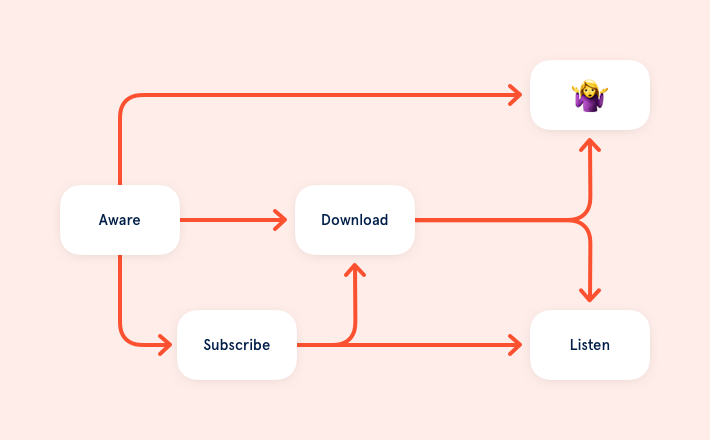 There isn’t one clear-cut path to podcast discovery or listening. A user could happen to listen to one episode because it’s embedded as an audio file on a webpage, or they might subscribe to the show and delete the downloads from their player before they even listen to it.

Not only that, but listeners have many options available to them when it comes to accessing an episode. They could play it straight from a webpage on their desktop computer or mobile phone, subscribe to a show using one of several podcast players, or directly download only one episode through that player. With this many possible combinations, it becomes a challenge for podcast hosting services to effectively deliver accurate data.

How Data is Gathered

While it’s a challenge for podcast hosting sites to gather data, it’s certainly not impossible. In its simplest form, each podcast is an RSS feed which is submitted to podcast players such as Apple Podcast, RadioPublic, and Overcast. Depending on the user’s settings, these players “crawl” the RSS feed on a regular basis — it could be every few minutes or hours to every few days. When the RSS feed indicates there is a new episode, this pings the RSS feed and is often shown on podcast hosting sites as a download for the podcaster. RSS feeds are pinged on several occasions:

Podcasters are therefore able to access the number of downloads each episode receives, but these are not always equivalent to the number of listens. We have been spoiled by services such as YouTube that provide the number of users who watch a certain percentage of our content, but with podcasting, we aren’t as fortunate. After a user downloads an episode, podcasters are unable to know what happens next. Does the user listen to half of it? Or maybe they loved it so much that they listed three times! No matter the situation, podcasters are not yet privy to this information. Apple has provided promise of improvements, but these changes will only apply to users who consent to sharing their data and use the Apple Podcast app.

Where to Find Podcast Data

“How Many Subscribers Do You Have?” And Other Questions You Can’t Answer

Of course, with limited data, it can be challenging to prove to campus stakeholders that the podcast is “working” for the institution. This is where you need to get creative with data and measure more than the podcast player provides.

Answering the Most Common Question

The first question most podcasters are asked is, “how many listeners do you have?” Of course, this is impossible to determine because users can listen to several episodes (we hope!) or listen to the same episode more than once — which skews download data by an unknown amount. To answer this question, it’s up to you to make a few assumptions and best guesses.

Because most users’ players crawl podcast RSS feeds at least once per day, it’s fair to estimate that the number of reported downloads in the first 24 hours is roughly equivalent to the number of subscribers, especially if this number stays relatively consistent (but grows!) episode over episode. In order to make this number more accurate, hold off on all promotion until the next day. That way, you won’t have an inseparable combination of subscriber downloads and promotion downloads to report on.

Other Measurements to Mark Success

The first 24 hours after a podcast episode goes live tells its own story, but data collection shouldn’t stop there. Many listeners don’t have the chance to get around to a podcast episode the day it comes out, which means podcasters should also consider the days and weeks following an episode launch. Over time, comparing these numbers (such as the number of downloads in the first week) between episodes will help podcasters understand if the podcast listener base is growing, shrinking, or stalling out.

No matter the technique and frequency of data collection for podcasts, it’s important to maintain consistency in order to truly determine its growth.

So, How’s the Podcast Doing?

Despite what it looks like, this question is possible to answer for campus stakeholders! It does require a level of creativity and making assumptions, but before even accessing the data, it’s most important to revisit the initial goal of the podcast.

The goal is the key to unlocking what determines if the podcast is “doing well” or needs improvement. It’s unlikely that the goal of the podcast was to “get a lot of listeners,” or even have a certain number of subscribers. Rather, it was most likely to help with a larger goal such as alumni relations efforts or yield campaigns, which means the measure of success is not always the number of downloads.

Outside of listener numbers, what data can help stakeholders understand the impact of the podcast on campus or on certain initiatives? It’s important to consider both quantitative and qualitative data during collection and reporting, which can include:

Of course, this is not to discount a growing number of downloads episode over episode or month over month. However, gathering other types of data gives a more robust picture of how the podcast has grown or where it needs improvement.

Sites such as Twitter, Facebook, and LinkedIn are a great way to connect with the listening audience, as well as determine the sentiment around a podcast. Use keywords based on the podcast or institution in order to gather this qualitative data, and provide those sentiments to stakeholders on campus!

What better way to get feedback on a podcast than to ask! Often, podcasts will promote a listener survey within the content of each episode, asking users to provide simple demographic data as well as feedback for the producer. Having trouble getting listeners to participate? Everyone loves the chance at a prize!

In order to receive more consistent feedback, create a generic email address for users to send their comments to. Don’t forget to promote this address as frequently as possible, both in the content of the episode as well as in the show notes and online!

If Numbers Really Do Matter…

It’s easier said than done for podcasters to ignore the numeric data and rely on qualitative data such as reviews and social media posts to paint a larger picture. If stakeholders on campus are more concerned about the number of downloads, consider this:

Podcasting is still new in the higher education space, and while many podcasters aspire to be “the next Serial,” we must take a realistic look at our goals, the audience, our content, as well as the podcasting landscape in order to determine how effective our efforts are. 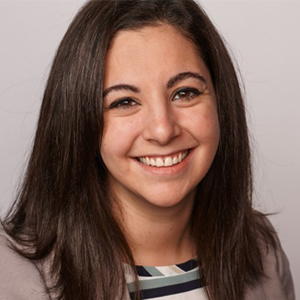 Jackie Vetrano is the online marketing and social media manager at the University of North Carolina at Chapel Hill. In this role, she assists the social media and web content teams by analyzing data to make strategic decisions online. Vetrano is the co-host of Higher Ed Social, a weekly podcast breaking the silos in higher education through unique conversation. The podcast is also part of the ConnectEDU Podcast Network, a network of podcasts for higher education, which she founded. Vetrano spends her free time running, trying new foods, and posting photos of her cat on Instagram. 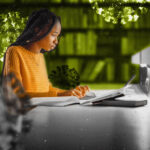 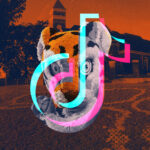 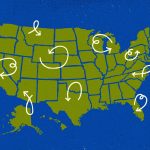 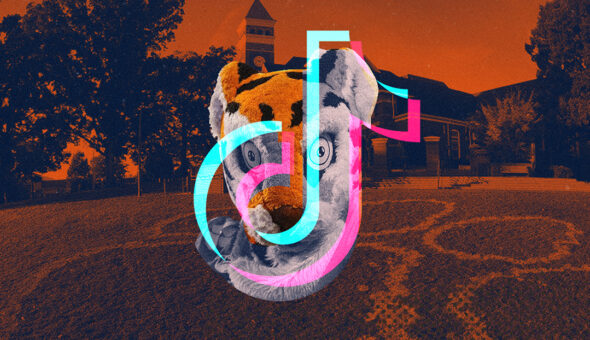 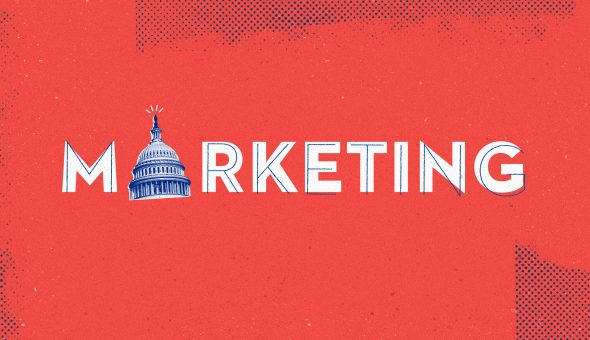 Three ways Government Relations and Marketing departments can collaborate to successfully advocate for their schools. 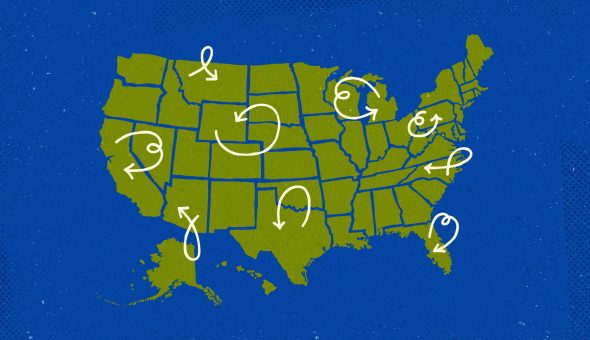 The uncertainty brought by COVID may help state universities and regional colleges entice in-state students to stay close to home.