Dwindling prospect pools and seismic demographic and geographic shifts in the market have small, private liberal arts colleges and universities working overtime to hit their enrollment goals. And many schools, particularly in New England and the Northeast, are increasingly feeling the pressure.

In September, The Philadelphia Inquirer reported that Bucknell University in Lewisburg, Pa., turned to its waiting list to bring in its Class of 2023 and still fell short of its target by a dozen students. Veteran education reporter Susan Snyder also said that Muhlenberg College in Allentown, Dickinson College in Carlisle, and St. Joseph’s University in Philadelphia had also missed their marks. Cabrini College in Radnor anticipated a similar outcome, said Snyder, reporting on a gathering of college presidents in Washington.

And these colleges are not alone. The challenges faced by a changing recruitment market are being felt across the country.

“Some less selective colleges missed their targets by 25 percent or more this year, and some elite schools went deeper into their wait lists,” Bucknell President John C. Bravman said at the gathering.

Enrollment challenges are being driven by a decrease in the number of high school graduates nationally, as well as a slowdown in the number of international students. The Western Interstate Commission for Higher Education (WICHE) sounded the alarm on this trend in December 2016 when it released its ninth edition of  Knocking on the College Door, a quadrennial publication reflecting the most comprehensive U.S. college-age demographics in the business.

After reaching a high of nearly 3.5 million in 2012–13, following more than a decade of steady growth (from about 2.8 million in 2000–01), WICHE projected a downward trend in the number of public high school students, with the greatest decline occurring in 2017. WICHE expects the trend to continue through 2023, and after a few growth years between 2024 and 2026, decline even more through 2032.

The Northeast and New England will experience the biggest declines, according to the report. And increases in minority graduates, particularly Hispanics, will outpace Caucasians, causing a shift in the traditional demographics targeted by enrollment managers. Geographically, schools will need to dip into new markets in the South and West, the only regions where any growth is anticipated during the projection period.

Some schools, like Sweet Briar College in Lynchburg, Va., have already experienced the full weight of these changes. In 2015, to the shock and dismay of its students and alumnae, the women’s college announced that it would shutter its doors. In response, alumnae organized to fight the closure, ultimately forcing a reversal of the decision in the courts. A new board was formed, a new president hired, and drastic steps were taken to overhaul everything from academic programming to tuition.

Since then, the school has rebounded with an impressive 42-percent increase in its enrollment from 2017 to 2018. U.S. News & World Report even named the women’s college as one of the nation’s Most Innovative Schools, ranking higher than any other institution in Virginia.

Unfortunately, Sweet Briar isn’t the only cautionary tale to tell. What was a slow drip is turning into a steady stream of announcements about college closings and mergers.

In March, U.S. News & World Report said “The Higher Education Apocalypse” is upon us, after the century-old Mount Ida College in Newton, Mass., abruptly announced its closing. “The sudden closure, which until then had been a storyline associated mainly with corrupt for-profit schools, sent a jolt through the state and put school administrators across the country on high alert that declining profits and diminishing enrollment were reaching a stage of crisis,” wrote senior education writer Lauren Camera.

It was the latest in a series of closing and mergers announced by small, liberal arts schools in the state. In 2017, Wheelock College revealed that it would merge with Boston University. Last year, Newbury College in Brookline announced its plans to cease operations at the end of the spring 2019 semester. These announcements were followed in January by news that Hampshire College in Amherst was seeking to partner with another institution in order to continue operations.

The situation prompted Massachusetts lawmakers and the state’s higher education commission to form a working group to examine the emergency and make recommendations to help mitigate future risks, according to Camera.

The president of the University of Massachusetts and former congressman Marty Meehan summed up the dilemma: “Colleges and universities will have too much capacity and not enough demand at a time when the economic model in higher education is already straining under its own weight. Make no mistake — this is an existential threat to entire sectors of higher education. And New England, unfortunately, is ground zero.”

Indeed, the impact is being felt across the region. Green Mountain College in Vermont announced in December 2018 that it, too, would close its doors at the end of the spring 2019 semester. On the heels of Green Mountain’s announcement, The Barre Montpelier Times Argus reported that Goddard College and the College of St. Joseph were placed on probation by their accreditor, the New England Commission of Higher Education, due to financial woes.

So how can other small, private colleges and universities avoid landing on such shaky ground? Two Volt contributors, with nearly 40 years of combined experience working for these institutions, say it will require a new approach to the way they do business, and marketing and communications need to be at the center of the changes.

“Marketing and Communications (MarComm) divisions have a critical role to play in developing the institutional strategy to respond to these emerging trends,” said Paul Redfern, vice president for university communications at St. Lawrence University in Canton, N.Y., and former executive director of communications at Gettysburg College in Pennsylvania.

“Small, private liberal arts colleges need to value marketing and communications, and make sure that the leader of that area has a seat at the cabinet level,” he said. “The role of MarComm needs to reach beyond just the promotion of what your university already does well. Clearly articulating your authentic story and distinctiveness in the market will be crucial to survival, and MarComm needs to drive that conversation.

“Because of the broad nature of the work,” Redfern said, “MarComm is in a unique place to be able to make connections between areas of the college or university that others may not see, and it is our responsibility to identify them and help to strengthen them.”

That means MarComm “becomes partners in product development,” he continued. “Those who limit their scope to purely promotion will miss opportunities for distinction.”

“The traditional approach is that they developed a product, then came to communications to ‘market’ it. We would give them a logo, maybe a brochure or a web page, and a press release. To serve our institutions well today, we need to think, plan and act more strategically with our time and resources.”

Tactical marketing plans cannot come first anymore, he added. Instead, these institutions need to examine the impact a new program or service will have on market demand and its influence on the institution’s reputation and brand.

“The majority of college students are older than the traditional 18-to-22-year-old undergraduate. Our institutions should be looking to develop relevant academic programs that speak to their needs — graduate degrees and certifications for those who need career boosts, and flexible degree and delivery options for those with jobs and families.”

Likewise, he believes more discussion — and indeed, action — concerning tuition resets, such as those instituted by Sweet Briar, and cost transparency will bubble to the surface. “That conversation has already started,” Durso said, “but I don’t think it’s achieved critical mass yet.”

It will, however, as students and their families become exceedingly cost-conscious and the high-price/high-discount model increasingly strains recruitment efforts. “The sooner we can institute a more understandable pricing model across the sector, the better,” Durso said.

He said the small liberal arts colleges that survive the next decade or two will be those that institute new programs that serve different populations than they have traditionally.

“This is no small task,” he added. “Institutions such as these proudly and properly trade on their legacy. But I don’t think legacy is going to keep the lights on.

“Marketing and communications will be critical in educating new audiences about our schools’ changes and demonstrating to existing audiences that we can do different things while remaining true to our missions.”

Redfern has a similar outlook. “Broadening the institutional understanding of your market position and distinct strengths, and how to articulate and expand on them, is an important aspect of the marketing team’s job,” he said. “Institutions who will thrive in this market will not only need to communicate their brand in admissions materials, but also make sure that brand aligns with the student experience on campus,” Redfern said.

Moreover, he added, “Living your brand promise from the time a prospective student steps on campus for a tour until they are attending their 50th reunion and beyond has never been so important.” 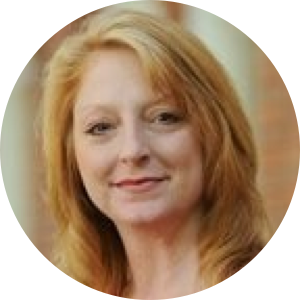 […] The landscape of higher education is changing. Prospects are dwindling leaving many colleges trying to figure out how to press forward in this ever changing landscape. Victoria Kidd, CUPRAP past president, examines how institutions are trying to find solid footing in this Volt piece. […] 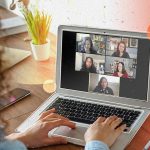 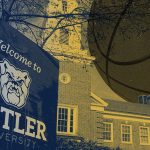 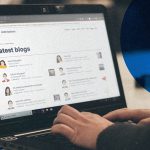 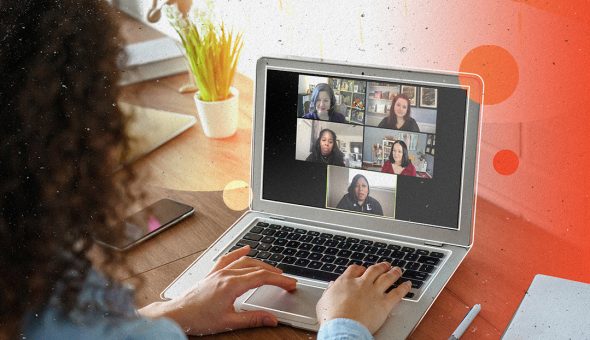 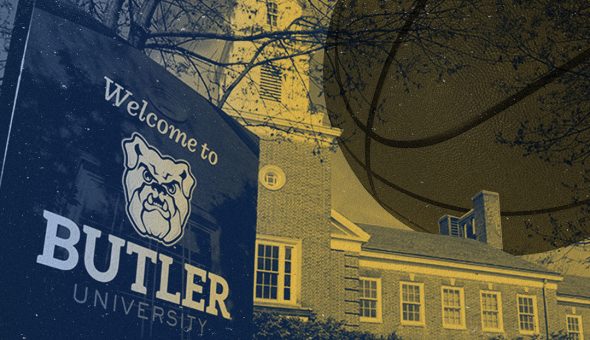 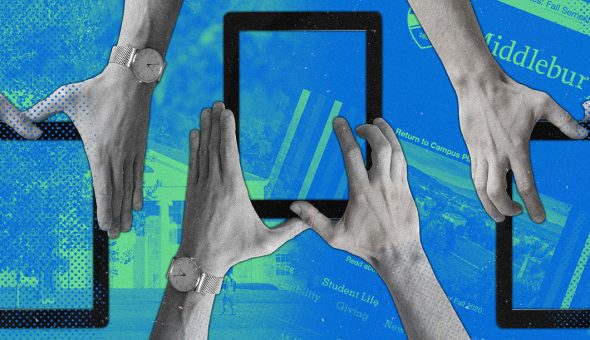 In the latest Higher Voltage, we explore the digital evolution of Middlebury College’s award-winning college magazine. 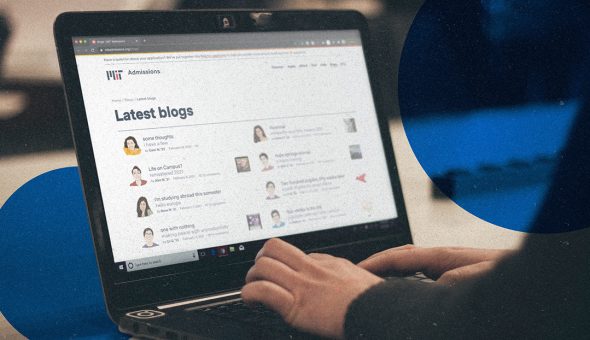